It was recently annual inspection season for the Jodel F11. And, what's the first thing you do before you start an annual? That's right, wash the winter mud and bugs off the plane to make the annual a slightly cleaner experience.

To do this, I had help from the hard working Jodi Rueger, some elbow grease, and a bucket of propwash. 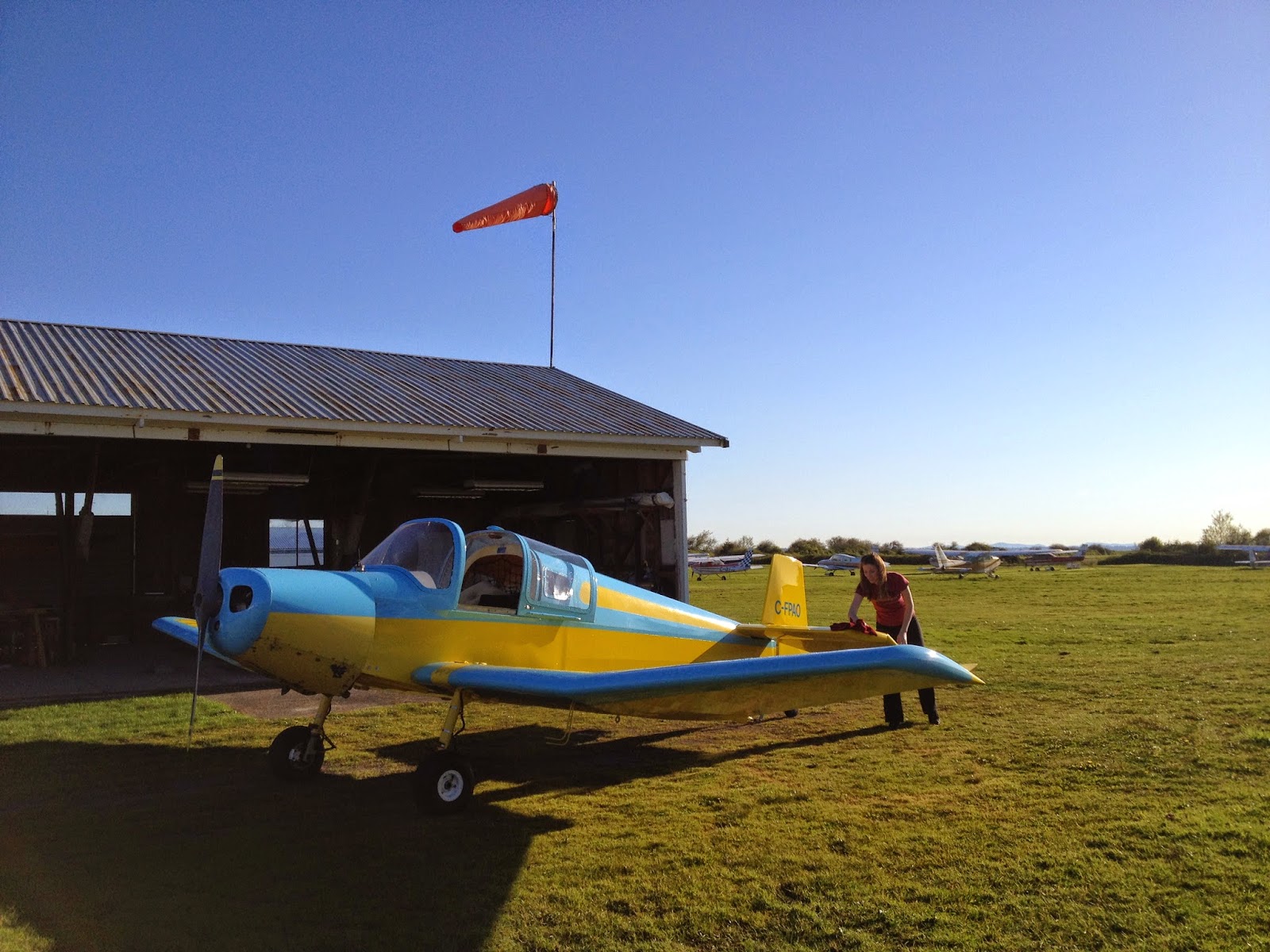 The day was thankfully very beautiful, and the team of J and D made quick work of the airplane. Washing the underbelly of the Jodel was the hardest part task, but Jodi and I jumped in head first with reckless abandonment and total disregard for puddles, grass-stains, and grease. It was not a clean affair, but we were able to it got done in short order.

Once the washing was complete, we were joined by David Bianchi and his wife Jen and had a lovely Tim Horton's dinner, followed by the full airframe inspection of the Jodel until the sun started to set.

The next day I arranged to have David Bianchi (who flew in from King George in his Titan Tornado), and old friend Jason Binns (who drove in) help me with the engine portion of the annual. I was first to the field in the morning and did the oil change before help arrived. When it did arrive we completed the leak down test, and cleaning of the sparkplugs, and a general inspection of the engine and its accessories. 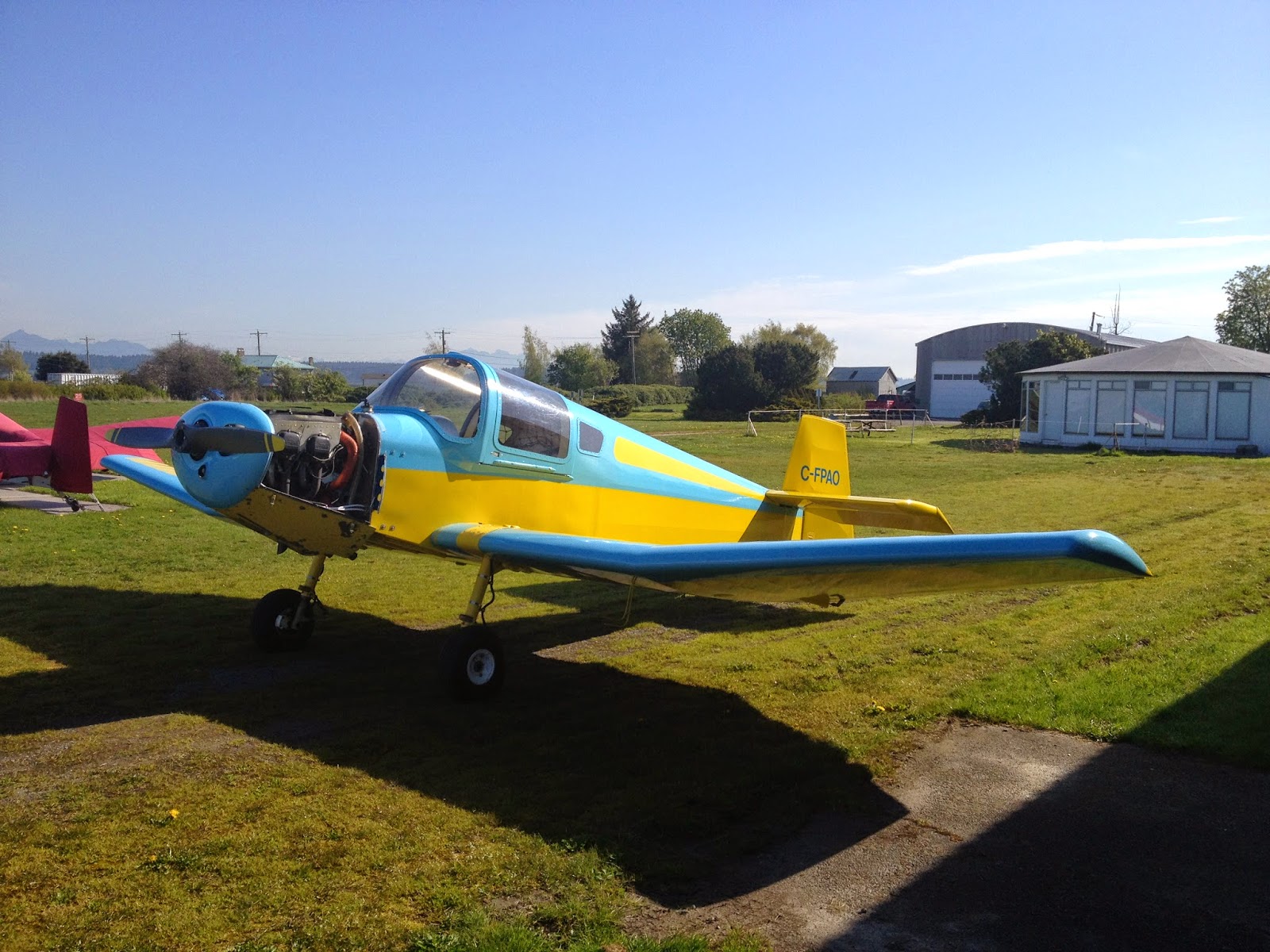 The Jodel's engine was apart all last summer while we waited for new cylinders, and it wasn't until early December 2014 that we got her back in the air. I'm happy to report that the new cylinders have very good compression, and it shows in the airplane's performance.

With the annual complete, and the arrival of Jen Bianchi, we made quick plans to fly out to Rowena for part of David and Jen's wedding anniversary extravaganza! 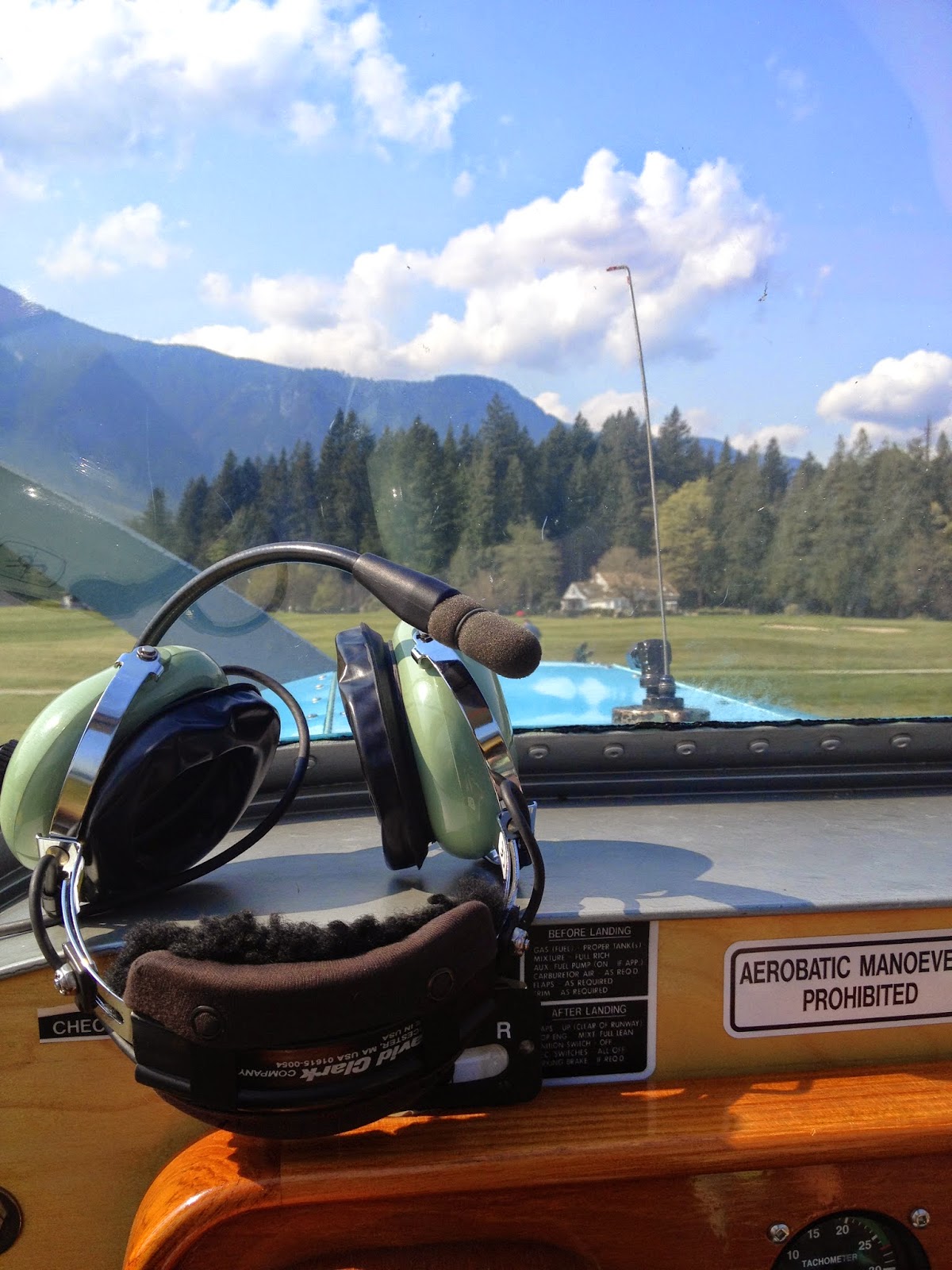 Here is the happy couple in front of their Titan Tornado. 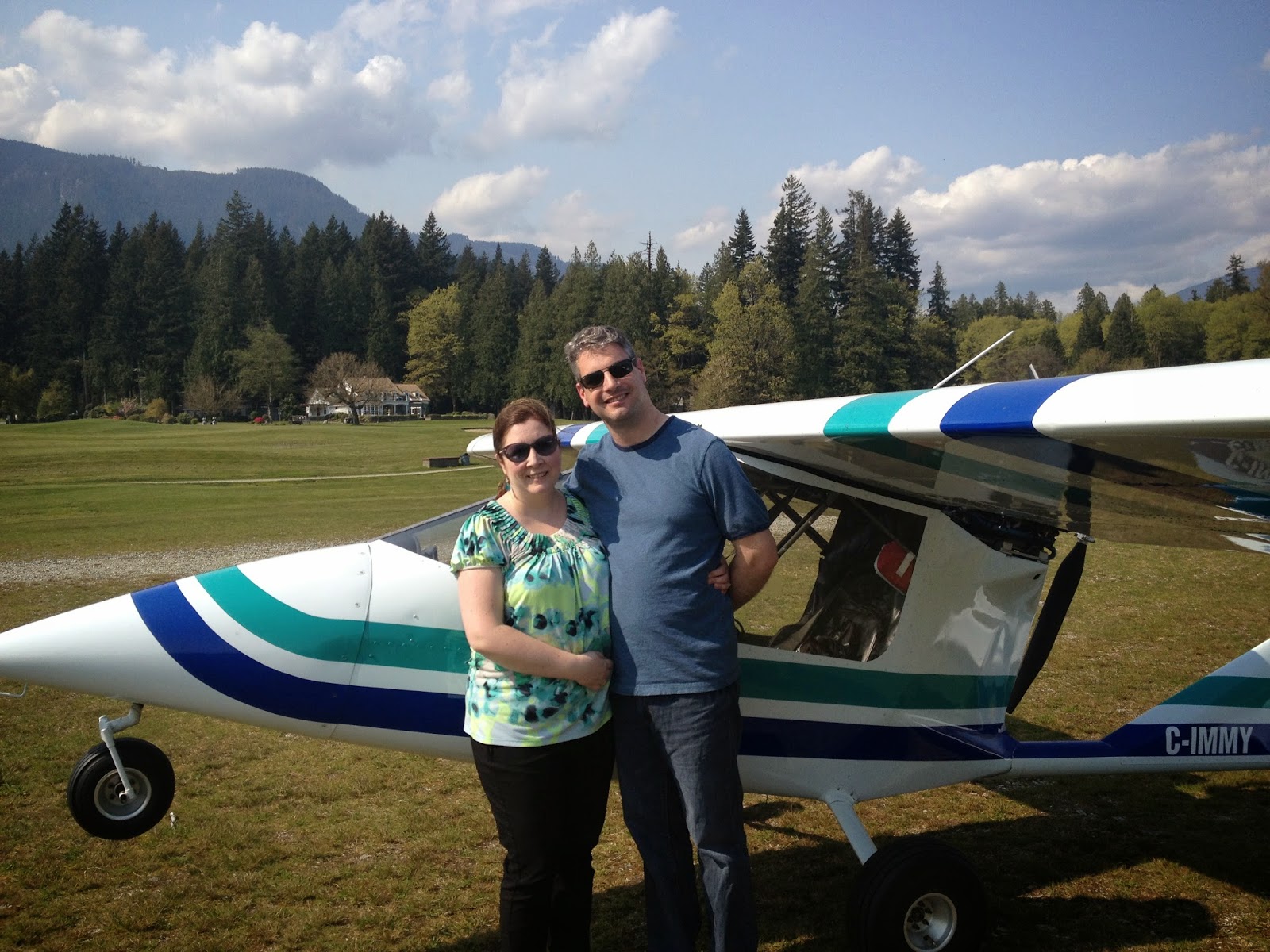 Jason was going to join us, but sadly had to cancel on us. Since David's still waiting to get his medical done in order to take non-pilot passengers, I was happy to volunteer to take Jen to Rowena in the Jodel. 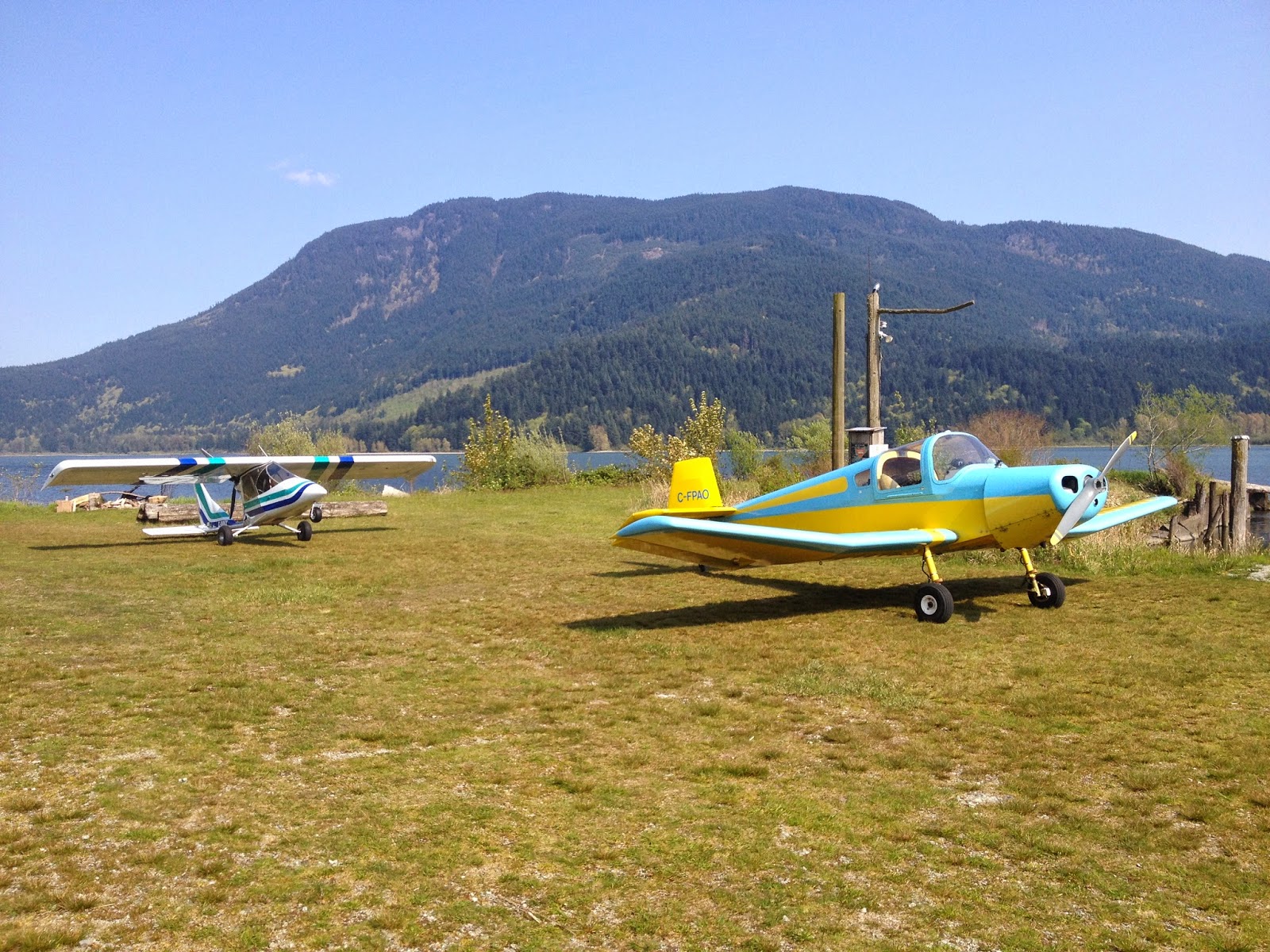 Having borrowed Jen's husband to help me with the Jodel annual on their anniversary, taking her flying was the least I could do, right?! 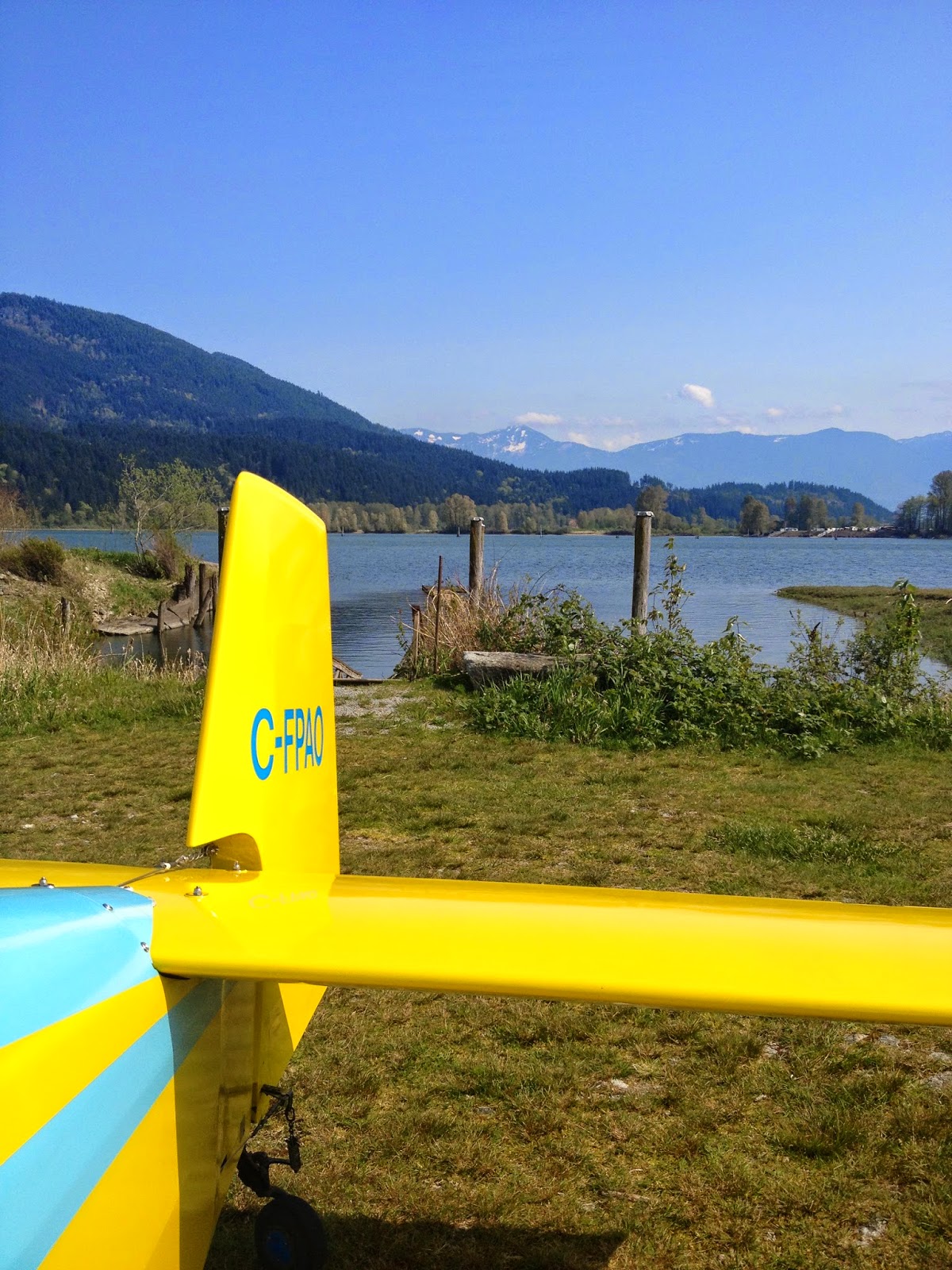 Lunch was had, and the sunshine was enjoyed, and before too long it was time to head back home. 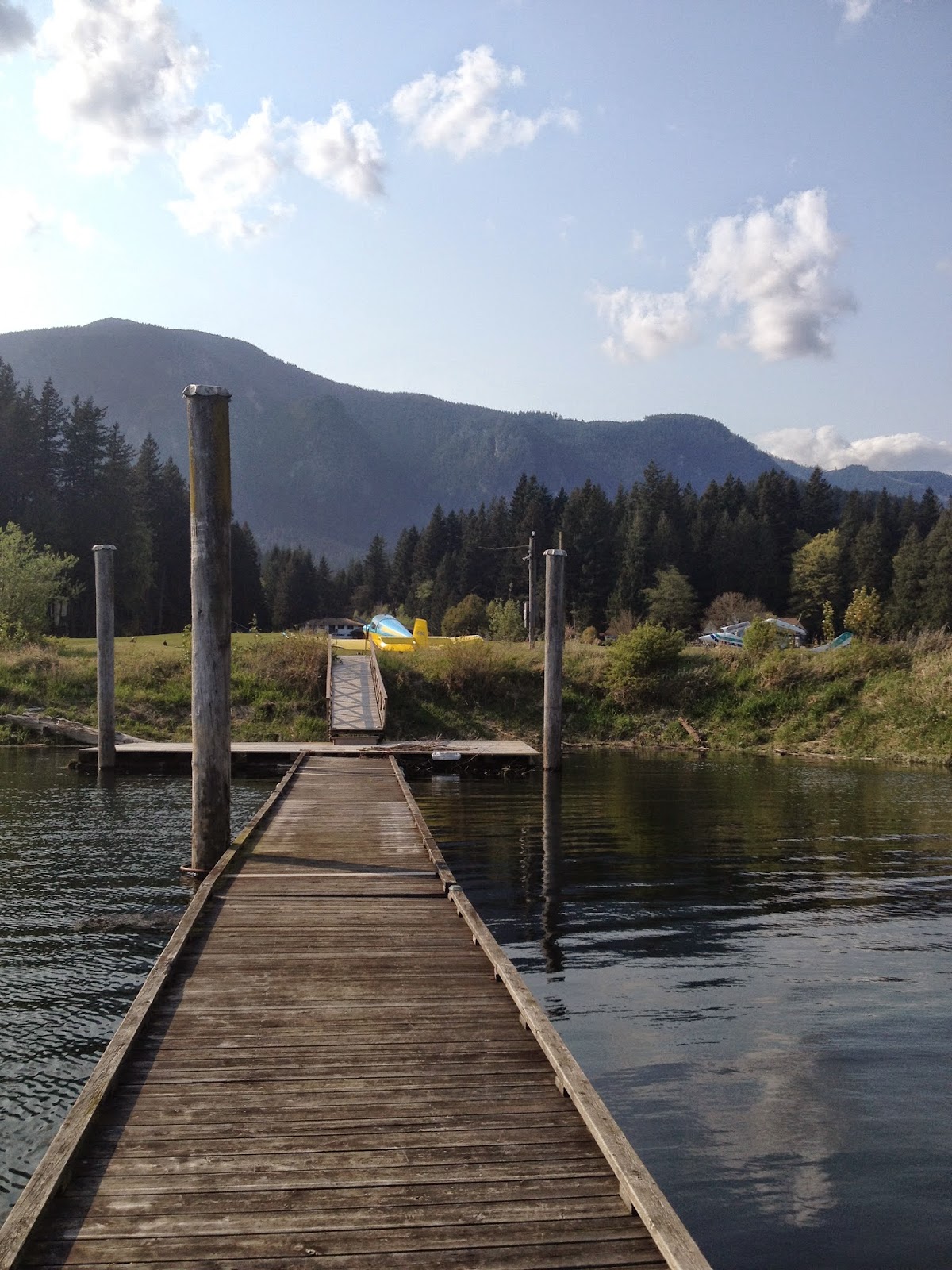 We took off out of Rowena and made a turn towards Agassiz in hopes of seeing the rows of tulips that were part of the big tulip festival, but wouldn't you know it? They had all been harvested and all we saw was row upon row of dirt. Blah, blah, blah, blah... yadda, yadda.... Oh, sorry Leon, let me get back on track with this story. Just hold on a little longer, we're nearly at the end!

Where was I? Oh, right...Westbound we turned, and with David B's new prop on the Tornado, I'll admit that I had a hard time keeping up with him. It was music to my ears to hear him say that he plans to put it at a finer pitch to improve the Tornado's climb performance. Improving climb performance means sacrificing cruise performance, and that makes me happy because I'll be able to keep up with him better.

We landed at our respective airfields, put our planes away, and called it a day. It's days like this that get me excited about retirement! Friends, flying, and food! I don't think I could ask for much more.

In closing, I'd like to give a BIG thank you to Jodi, Jason, David B, and Jen for all of your help in getting the Jodel's annual completed so quickly and efficiently!
Posted by daveymac82c at 7:21 PM 2 comments: