There may be some of you out there who do not know that one of our members, Bernie Mewhort went in to Royal Columbian Hospital for some tests last monday, was kept in and went through quadruple heart bypass surgury a couple of days ago.

I am sure that you will all join me in wishing Bernie a speedy recovery.

James.
Posted by Pacific Pilot at 9:56 PM 4 comments: Links to this post 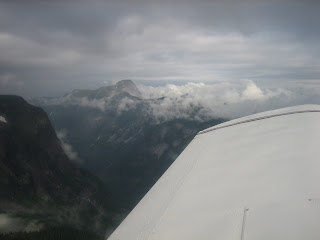 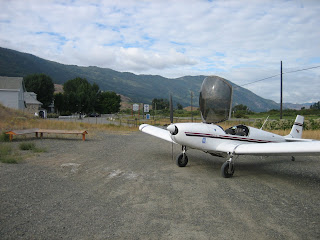 Today I waited with anticipation for Sebastien and my airplane and at 14:05 Seb landed at CZVL with good weather actually it was the best weather of the whole trip , the last call I got at 10.30 BC time him leaving from Golden BC (calling from a pay phone because the battery in his cell phone had long died)Ron I will call You when I land in Olds Didsbury at about one o'clock . but no time left on 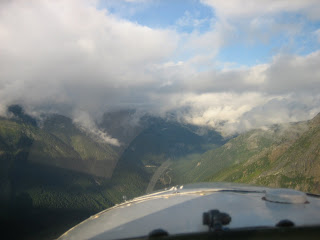 the calling card Sebastien decided to buy gas instead and continue the flight to Villeneuve Airport .

Now comments from the Pilot in the plane :
The trip took Me from King George to Salmon Arm initially but had to divert to Quilchena in a hurry... Weather wasn't the greatest and stress started to settle in, unfamiliar terrain, plane, and a few electrical snags fro 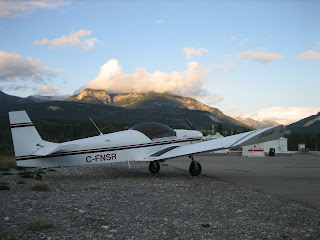 m the previous oil change... had to take a wizz bad, really bad. After one missed approach and a refill for NSR and a lighter bladder, fina 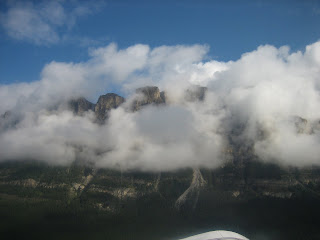 lly i arrived in Salmon Arm. FSS warn me of bad weather ahead and sure enough, Rogers Pass felt like night time with pouring rain. Turning around for Revelstoke was the option, so for 3 hours i waited. Two other eastbound Cessna's soon joined the pilot lounge. Made 2 phone calls, Rogers Pass Esso gas station and the Lodge for weather info, and soon on my way to Golden. Overnight carpet sleeping, fogged in untill 10H00 BC time, Golden was left behind. Few pics of Lake Louise and Banff and slow descent to the foot-hills of Alberta. Running behind schedule, i decide to refuel instead of spending the rest of my money on a phone card and arrived safely in Villeneuve. Awesome trip, thanks to Ron and Debby, Jerome and Ian, and of course Jason for picking me up early in CYXX.
Lessons learned; battery charger for the phone next time, pull on that knob for the heat to come on, and definitely will do it again!! Sebastien.
below some pix of Sebastien in Edmonton, Villeneuve and the big mall. 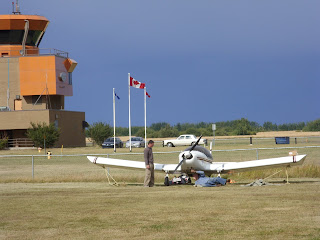 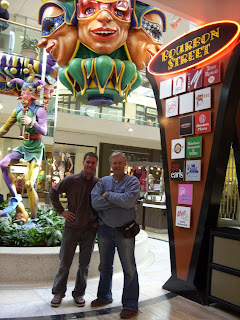 Posted by zodiac at 9:28 PM 2 comments: Links to this post

Another report today from Vancouver Tower......

An aircraft from King George flew through YVR tower airspace without a clearance yet again today. The aircraft was radar tracked to somewhere over near Indian Arm. This time right through the approach to the 26's at 2000ft.

Nice job. I want to thank those involved in advance for getting us all banned from flying through. It hasn't happened yet but I'm excited about the possibility.
Posted by Big Chimp at 9:08 PM 1 comment: Links to this post