Dont forget breakfast at Delta Airpark this Sunday. See you all there.

The day started off very nicely.

CAVOK was the word of the day (Ceiling and Visibility OK). For those really wanting to know the specifics of CAVOK, it stands for no observed clouds below 5000', visibility of at least 6 statue miles, and no current or forecast precipitation, thunderstorms, or fog.

Dave B and Dave M met at King George Airpark to tinker and test out Dave's new Prop that he had finally received and put on the Titan Tornado. Jodi Rueger (aerobatics instructor/taildragger instructor) joined us as she has been chomping at the bit to figure out what all the kerfuffle is about with those things called "ultralights." She figured that if she showed up often enough, eventually someone would take her flying in their ultralight. As you'll eventually see, she was right.

D, D, and J sat around the airfield waiting for James, who had charged Dave B's battery overnight after it had gone flat from sitting so long not being used. While we waited, Dave B gave Jodi and I both got an in depth presentation on the Rotax 912 and its exciting multiple cooling systems. Quite I wonderful piece of engineering, if I do say.

Shortly after James' arrival, we got the battery installed, lock-wired the prop and pulled the Tornado out for it's first ground run with the new prop. In short, it performed very, very well. 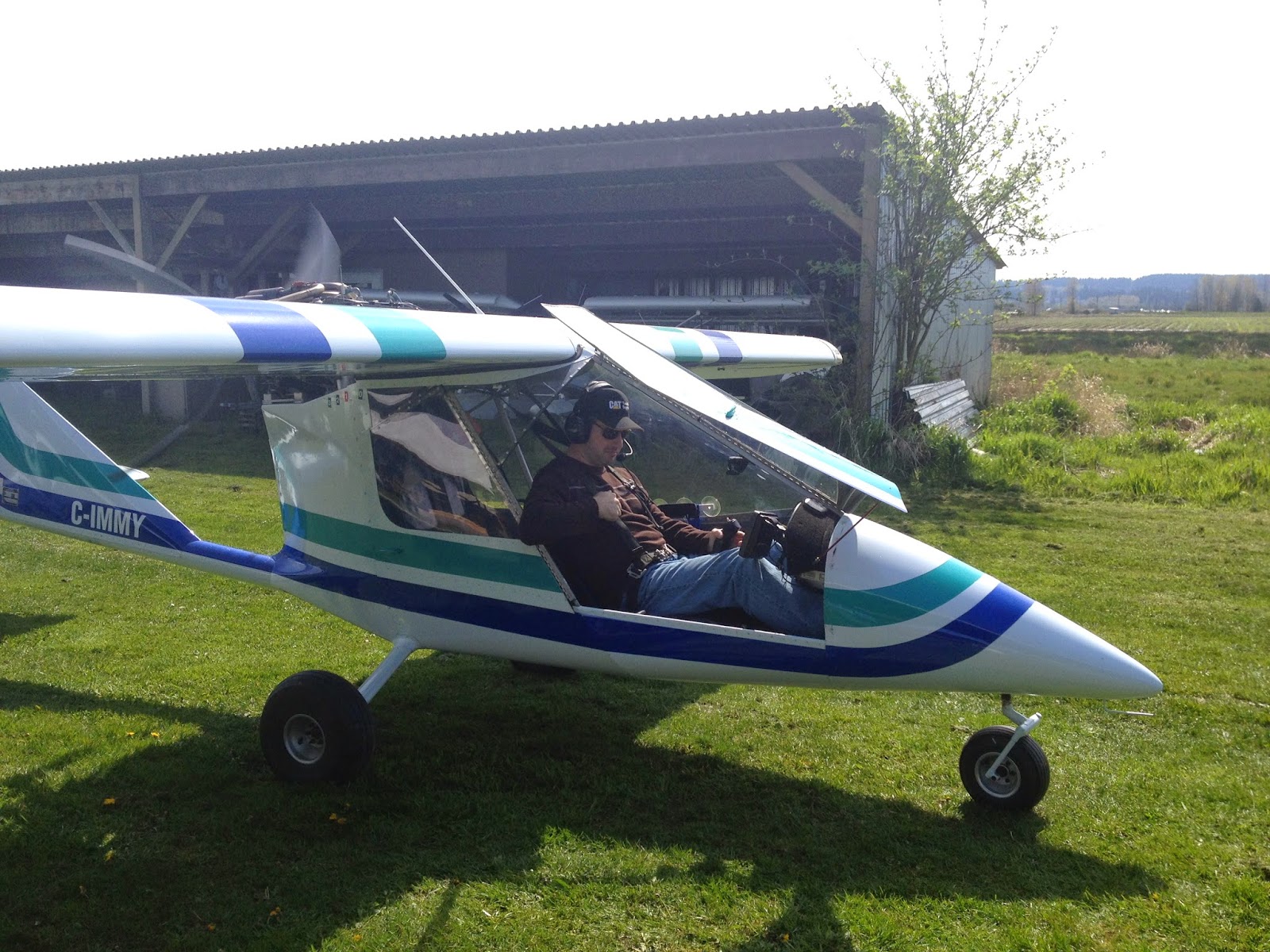 With the success of the ground run, the next step was to take the Tornado for a test flight. Dave took off, left the circuit, and briefly experimented with different cruise power settings. His take-off roll was short, and his climb out steep, which is par for the course with the brilliant little Tornado.


Then in standard Titan Tornado fashion, we could hear Dave B's return to the circuit long before we could see him. Sadly, though, some of the observers that knew the roar of the Tornado well, noted that it was not quite as loud as they had remembered it. Dave B was kind of disappointed after hearing that.


When Dave got back on terra firma, he had a BIG grin on his face! He expected that the new prop would give him an increase in performance, but what he got was far more than he expected. It could have been a bit of excitement induced exaggeration (EIE), but he said he estimated an increase of 20kts in cruise speed!

After further testing Dave determined that he had gained 10-14kts more in cruise. Yowsa! 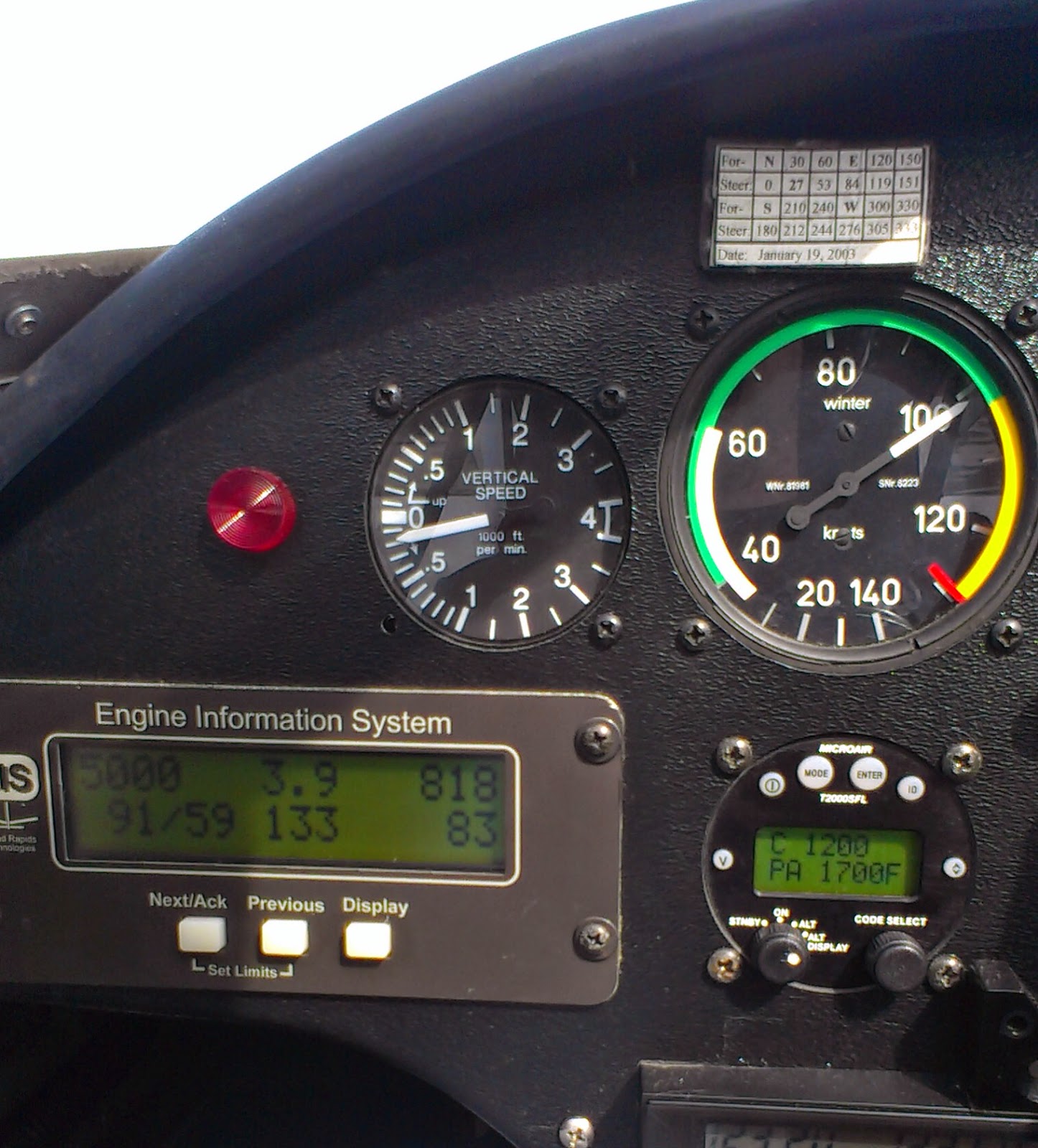 So, now that we determined that Dave B's Tornado was happily airworthy, we formulated a cunning plan... a plan involving airplanes and pie. We got Dave B's wife, Jen, to drop by, and arranged to have James and Jodi fly in the Rans S-6S Coyote, and Dave would take his Tornado to meet me and Jen at Delta Airpark (CAK3). Timing worked out fairly well that Jen and I had the Jodel fueled and ready to go shortly after the arrival of our ultralight comrades. Because we could, we lined up the planes for a little photo op. Three very different types, but all excellent airplanes. I'll just note that only one of them is not an ultralight. 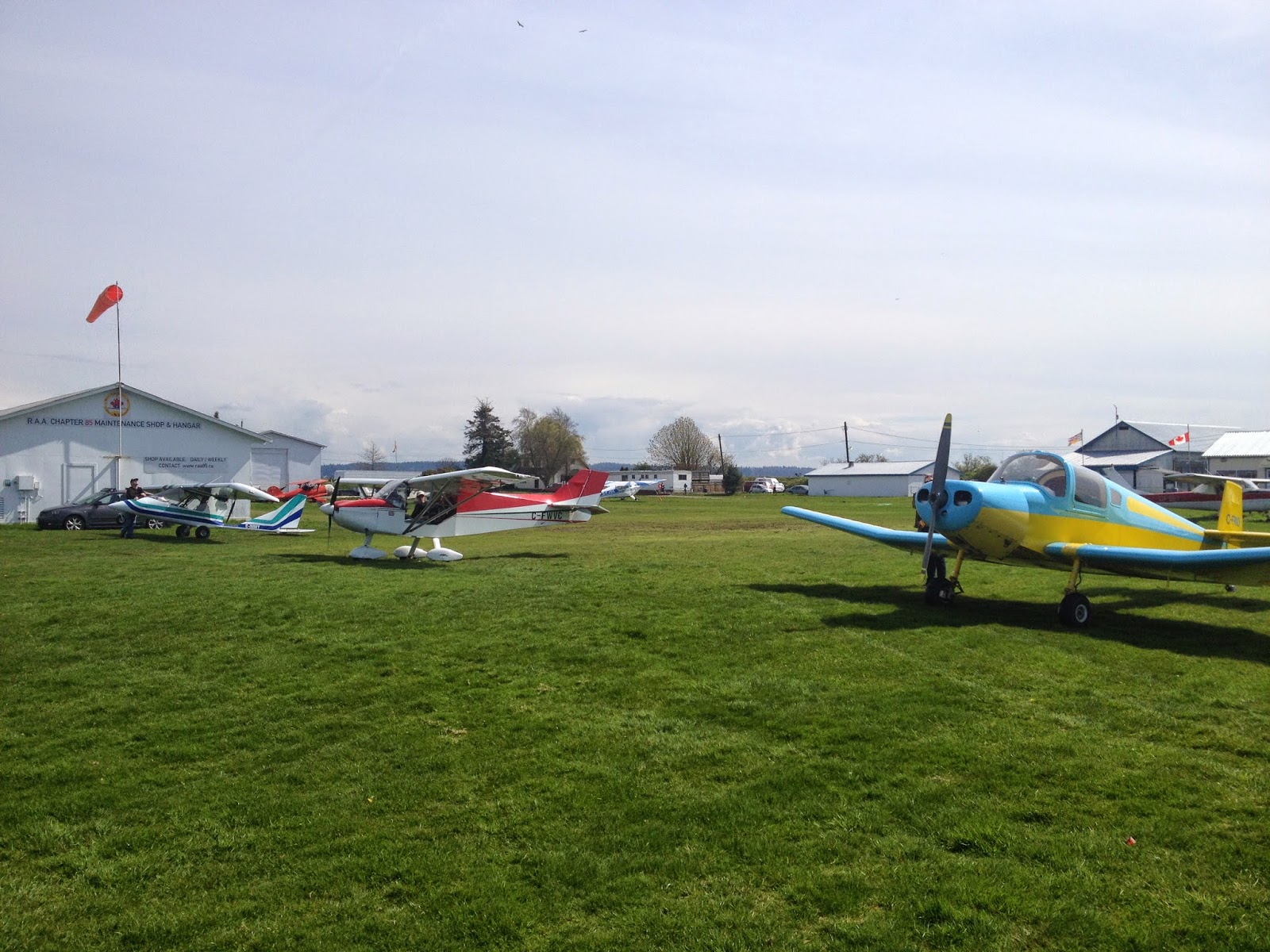 We quickly briefed our three ship excursion to Chilliwack for Pie, going over routing, frequencies, and planned altitudes and then we were off.

Dave B took off first in the Tornado, BY HIMSELF. And I'm only adding that comment because I'm publicly pressuring him to get his darn medical done so he can start taking non-pilot passengers too!... Followed by James and Jodi in the Coyote, and last but not least Jen and Dave M (me), in the venerable Jodel.

As was expected, Dave B had his Tornado just humming, and it wasn't until Sumas Mountain that we finally caught up to him. It was fun having Jen with me, because I think it was the first time she got to witness how much fun Dave B has in his little rocket ship (Tornado). Hint, hint... get that medical done, Dave!

After inspecting and filing our Fraser River Sandbar Report, we climbed up to normal pilot altitudes and headed into Chilliwack (CYCW). The apron was fairly full when we got there, but we all found spots and once in the cafe we were delighted to see that it wasn't completely packed full of people. 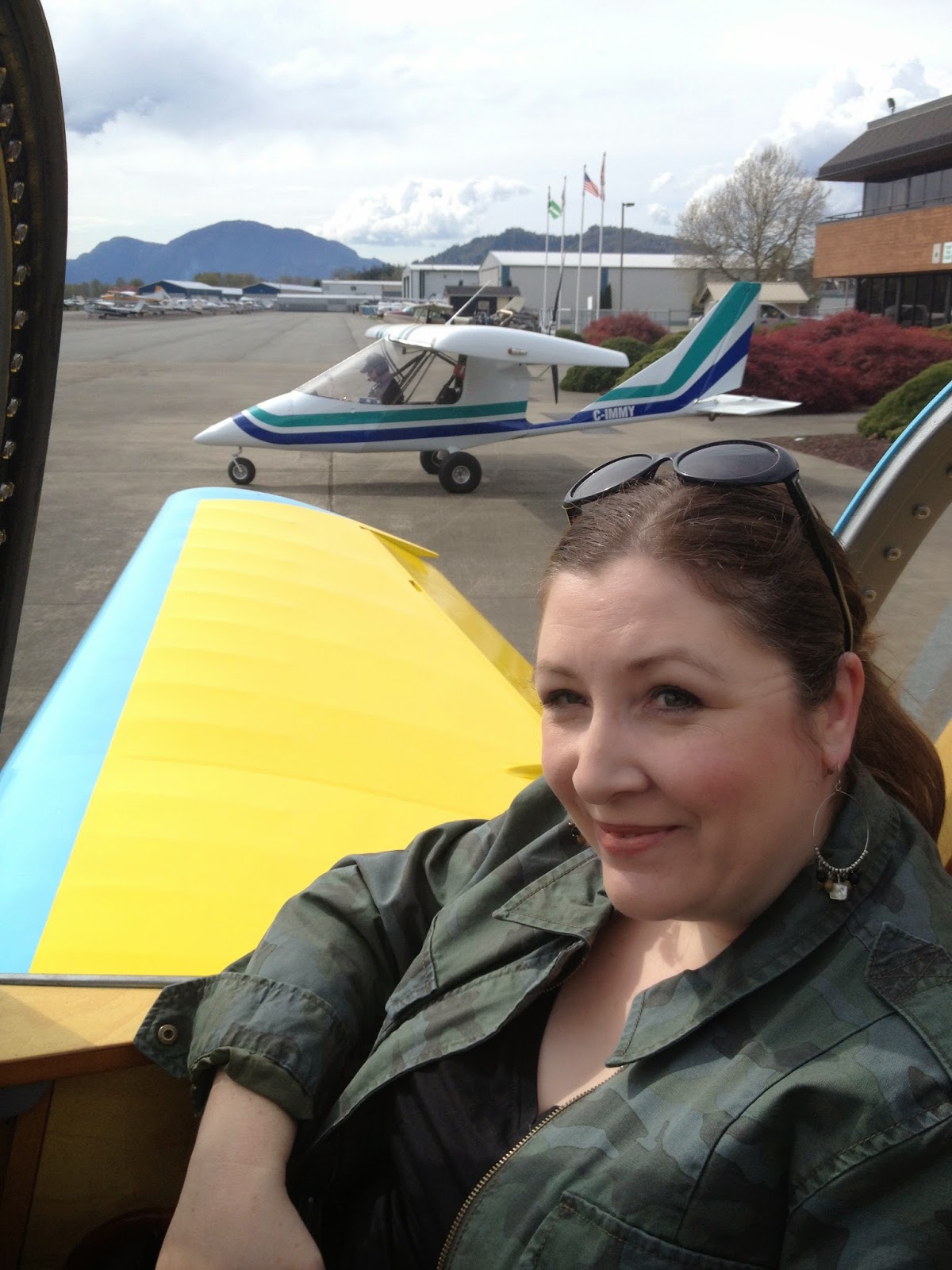 As you do in Chilliwack, we had lunch, and enjoyed pie. I don't think I need to go into much more detail on that. 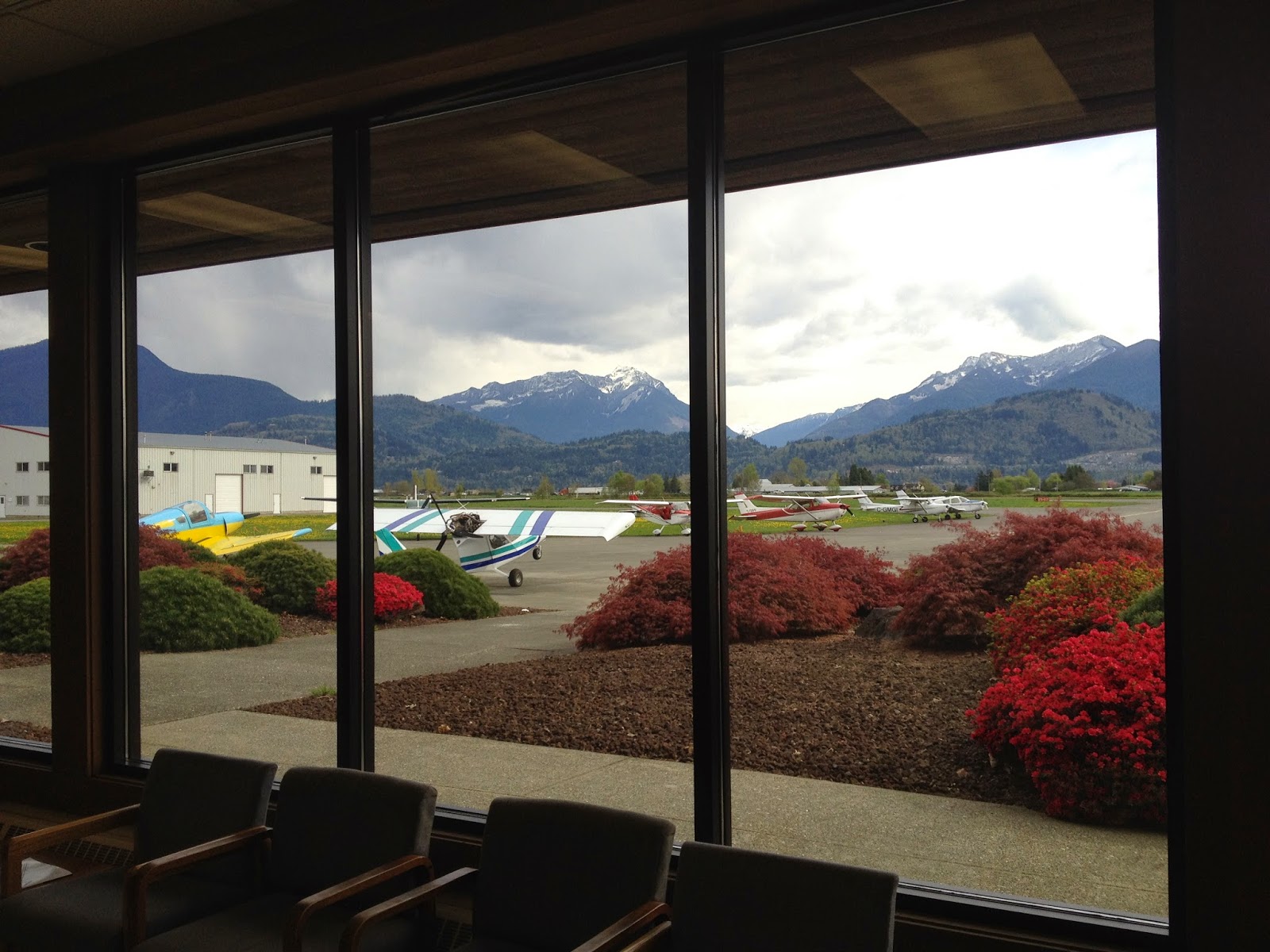 Now came time for departure back to King George and Delta. Everyone had somewhere to be, being Easter Sunday and all. Nothing was urgent, but there was a small hint of get-home-itis. Be careful, right?

Here's where I'm going to tell a little story that I'm not at all proud of, but from which I have learned how to be a better pilot. It's also a tad embarrassing because I had a group of my friends in the front row watching. I hope that in me telling this story, that any of you reading it will learn the same lesson, without having to make the same mistake.

All three airplanes taxied out and I was the first to come to the hold short line for departure on Runway 07. I looked around, and I observed an airplane on what appeared to be a long final. I made the assumption that it was a slow old Cherokee, mistake #1. I also made the assumption based on that, that given the spacing, if the pilot had the same comfort level as I did, that they would be okay with me expediting a take-off ahead of them, mistake #2. As I made my radio call to taxi to position I was confident, in my mind, that I would not be stepping on anyone's toes and that all would be fine. As I got on center-line, but before I could even call "on the roll," the airplane on final made a call that they were in the overshoot. I was honestly baffled because based on the timings in my head, I thought that they would still have plenty of spacing.

Then reality struck. As my tail gently raised off the ground, I looked up and to the left to see that it was actually a Lancair overshooting. Immediately, I realized I had made a huge mistake in judgement. Mistake made, and nothing more I could do, I continued with my take off, and the Lancair continued past me at a much faster clip and back into another circuit for Runway 07. I made the right turn-out over the city towards the Fraser River and flew all the way home with my tail between my legs.

When I was sitting at the hold short line, the small silhouette of what I thought was a slow Cherokee far away, was actually a fast little Lancair, MUCH closer and MUCH faster. I knew that the Lancair was faster, but now that I've had time to research the numbers, I've learned that a Cherokee approaches at 65-75kts, while a Lancair approaches at 95-105kts depending on flap configuration. That is a big difference in speed to make an incorrect assumption about. In fact, the Lancair was traveling at half a mile per minute faster than I had anticipated had it been a Cherokee. No wonder the pilot elected to overshoot as soon as he saw me enter the runway. 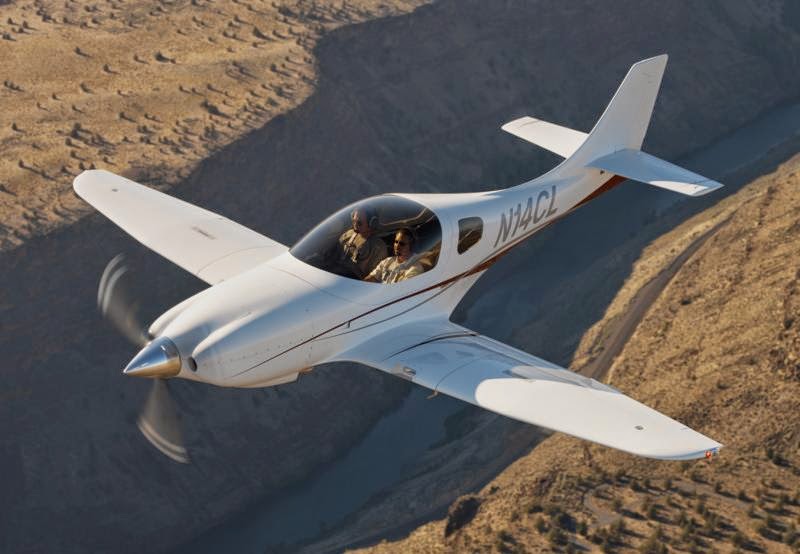 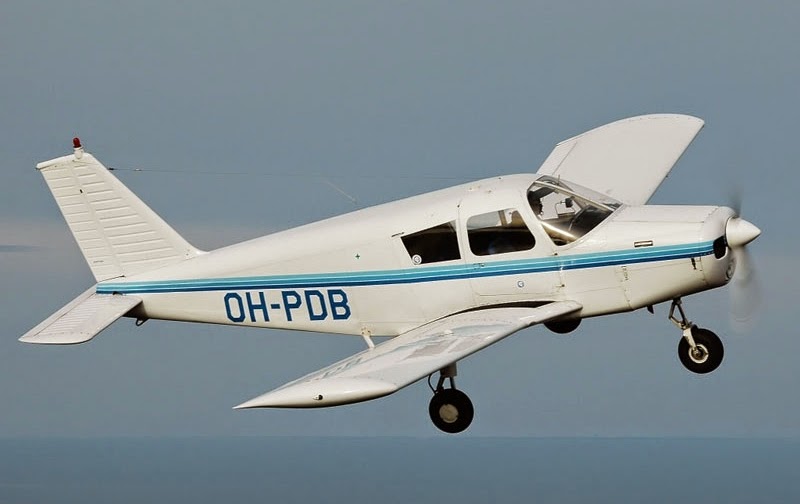 Had I known at the hold short line that it was a Lancair (or any other fast airplane), I would have waited for him to land and clear the runway before taxiing to position for departure.  Had I known it was a Lancair, I would have known that he was much closer based on the size of this silhouette and not moved from that hold short line until he passed. But, I didn't know, and couldn't have known because even when listening to the radio, airplanes in the circuit generally don't mention their aircraft type with each call. Also, in the Fraser Valley Lancairs are a fairly rare type, and it hadn't even entered my mind that it could have been a Lancair. I saw the low wing configuration and expected it to be a Cherokee. not until I saw its beautiful silhouette over passing me did I realize the truth.

The Lesson: To avoid this situation from ever occurring, just wait. If there's an airplane on final, and nobody right behind them, take those extra 20-30 seconds that you'll be waiting to ensure that you won't be cutting anyone off. You can double check your frequencies, double check that the seatbelts and doors are secure, or a million other things. At the end of the day, give people space. Airmanship, airmanship, airmanship. And on that note, I am very sorry to the pilot of that Lancair. It was my mistake, and I owe you a slice of pie or a "cold one." You definitely know what my plane looks like, so next time you see me, do say hello so I can properly apologize.

So, shortly after that impromptu safety lesson, we were all airborne and headed back to our home bases. Jodi was having a ball getting familiarized with ultralight flying with James in the Coyote enroute to King George, me and Jen enjoyed our smooth ride back to Delta in the Jodel, and Dave, all by himself (cough, cough), was probably grinning like a crazy person while he stared at his ASI all the way back to King George.

With all our planes put away we met back up at King George Airpark, said our good byes and went our separate ways. All in all, an excellent day, and thankfully the only thing hurt was my pride.

Please comment below and join the conversation about airmanship. The more we talk, the more we learn, and the safer we all become.

'Til next time, have fun, fly safe, and enjoy the pie! 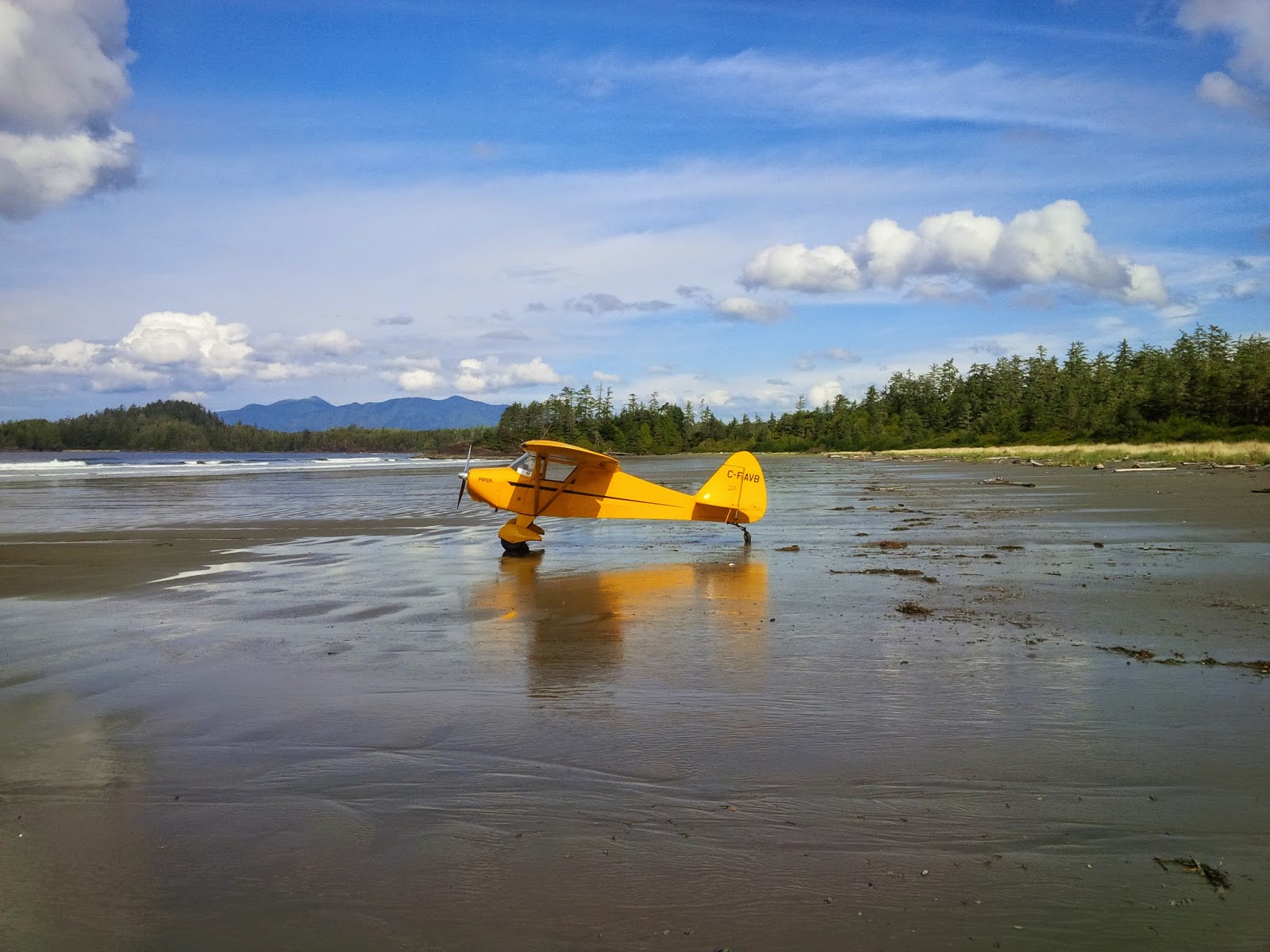 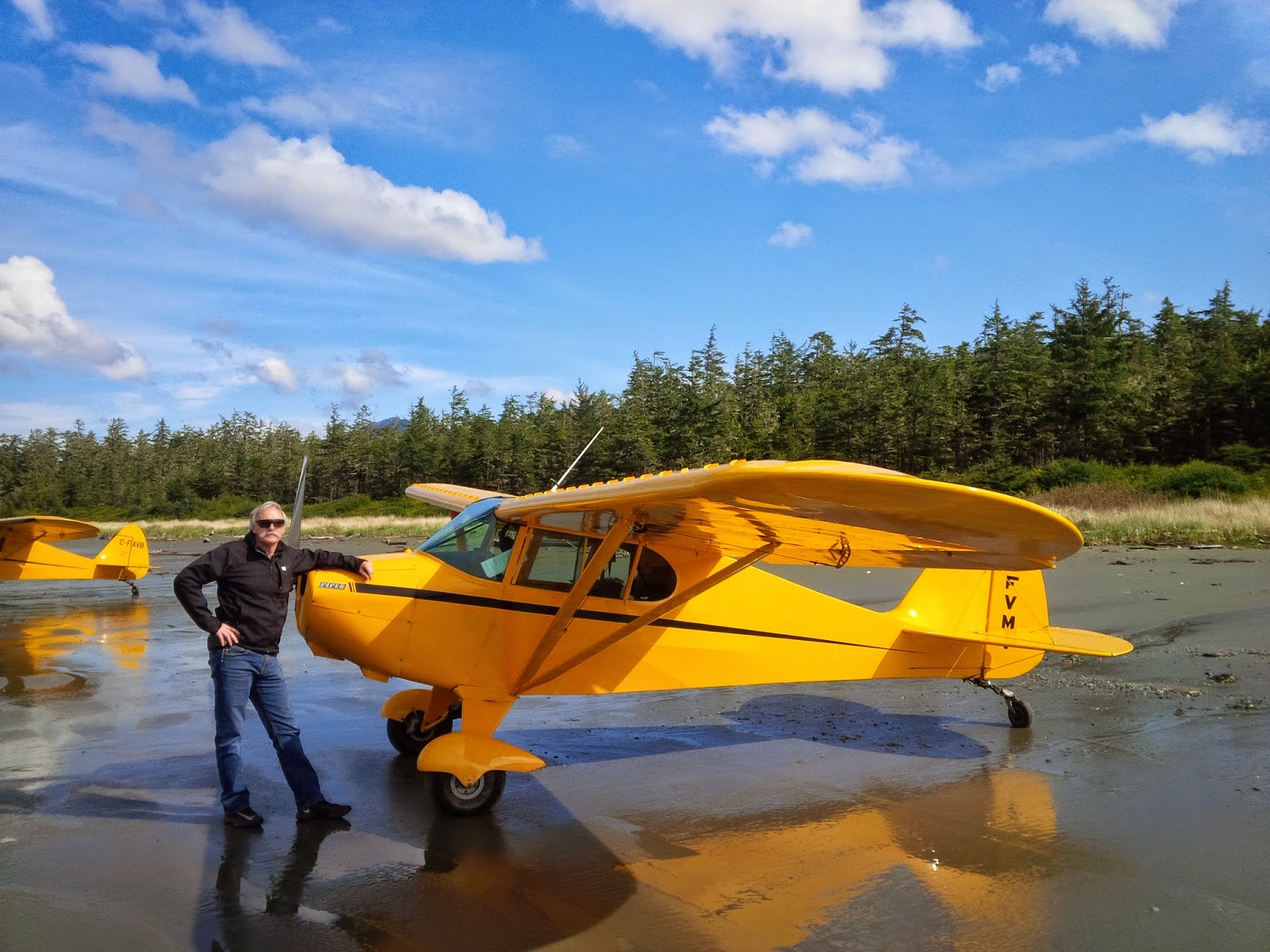 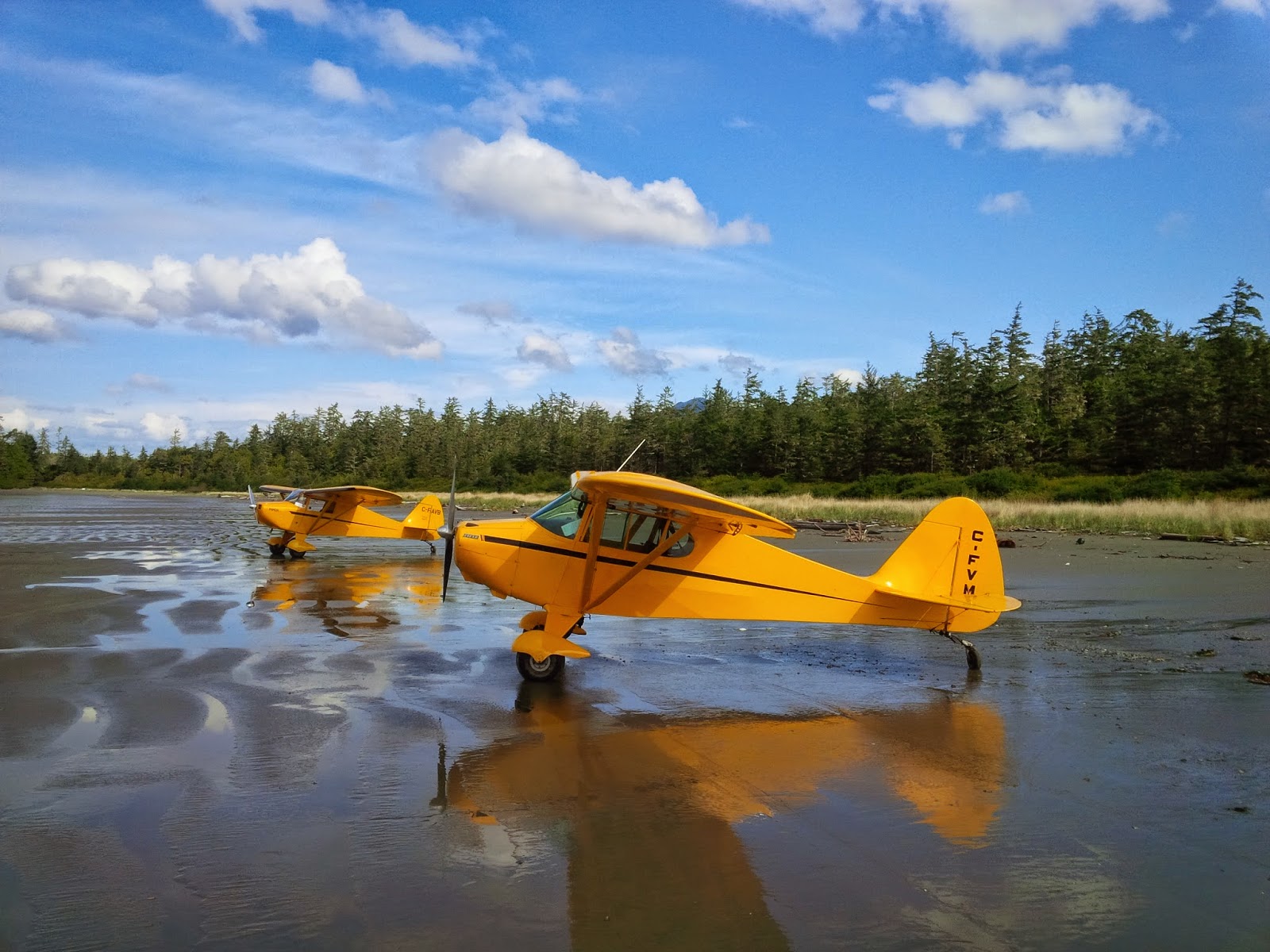 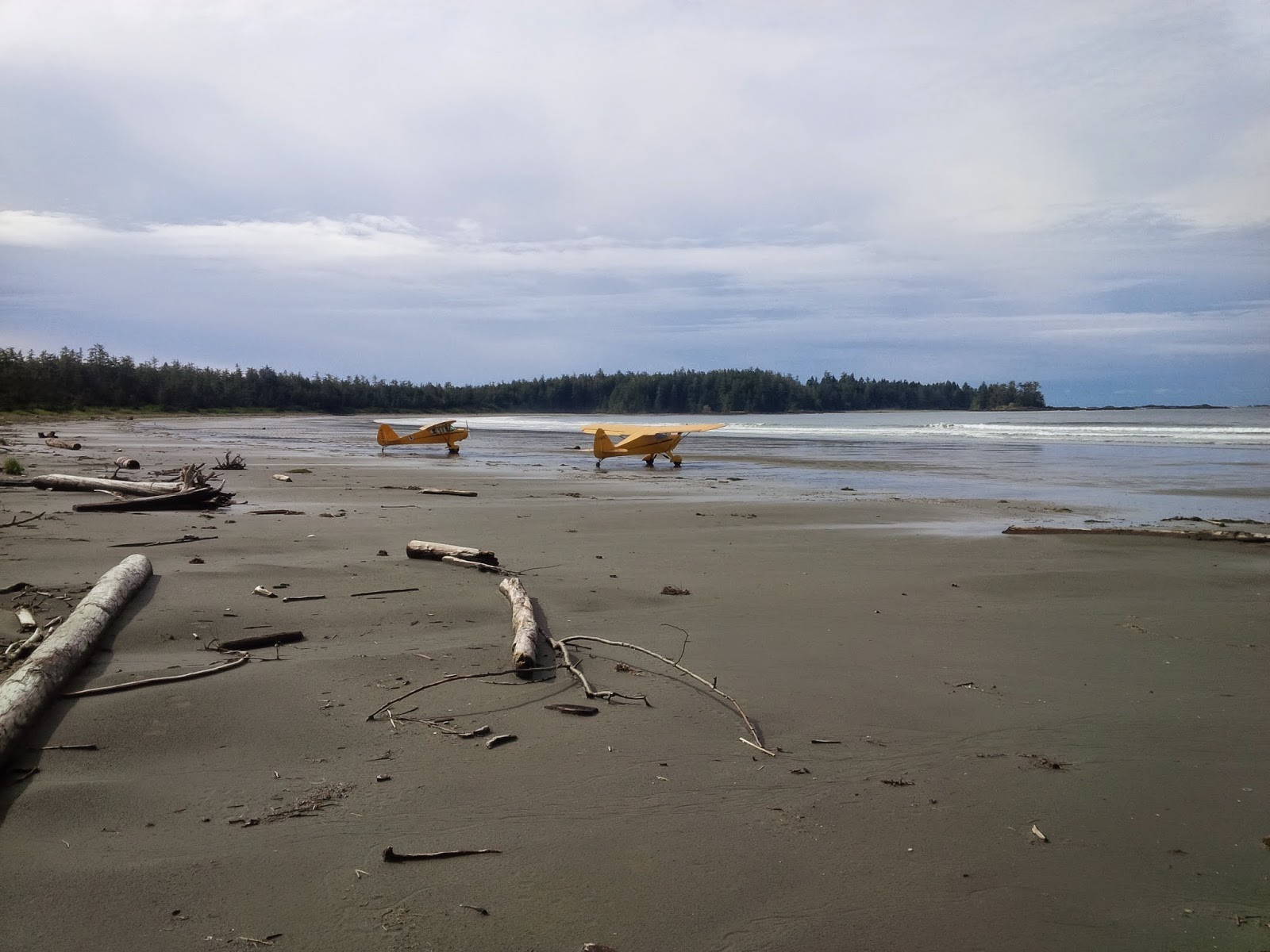